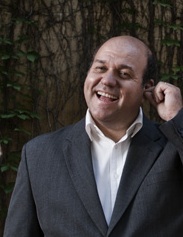 WA Brass is proud to have Dr Alan Lourens as its Musical Director. Alan has been associated with the band for many years both as a player and a conductor. In addition to his excellent conducting skills, Alan also regularly produces compositions and arrangements for the band to perform.

As well as conducting WA Brass, Alan is Head of the School of Music at the University of Western Australia, where he directs the Orchestra, Wind Ensemble and Brass Ensemble. Previously, he held Professional positions at leading arts institutions in Singapore, Dubai and Australia.

Alan appears as a guest conductor for orchestras and bands throughout Asia, Australia and the US, and regularly performs internationally on Euphonium.