We sat down with our media shy Soprano Cornet player, Tim Jewell, winner of the Norm Snow trophy at this year’s State Band Festival in Bunbury, for 5 bars worth of chat. 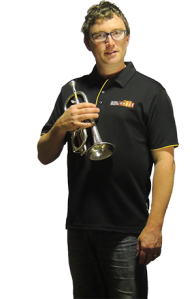 Bar 2:  What attracted you to Soprano Cornet?

Don’t know how to do anything else.

[We point out here we’re fairly sure we’ve seen Tim over the years successfully banging and crashing away behind our drum kit!]

Bar 3:  On the Shoulders of Giants is a tough piece for Soprano (and Band).  How did you prepare?

I made lots of socially unacceptable but brass playing necessary raspberry noises in the car on the way to work.

Bar 4:  What does the trophy win mean to you?

Another trophy to join my other four at home.   More dusting maybe.  The win shows the rest of the band I can actually play!!!!  And highlights that some really good music is being written these days for the humble soprano cornet. 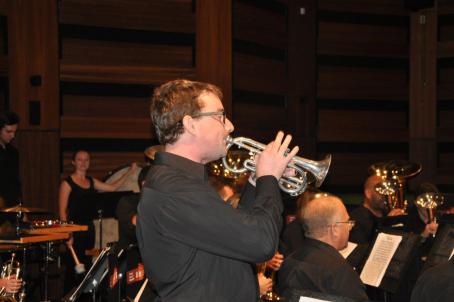 Bar 5:  Why WA Brass?  What keeps you coming back to the band?

I joined the band as a young boy.  There’s a sense of loyalty and camaraderie in the band that I really enjoy.  We’ve had many changes over the years but the core of the band continues to stay strong, making really good music. And the band has hot chips!